0.12 comes to mind as an awkward upgrade.

Gotchas like you can’t use variables in init stanzas leads teams to adopt terragrunt which can add a lot of complexity for basic functionality.

The future of IaC looks like using familiar bindings in common languages like Javascript and Go via CDK. No one enjoys HCL. HCL tooling is lacking.

Terraform state is non-trivial to manage

If you rename a stack, you must remember to rename the state file or location else your infrastructure will be broken.

Don’t forget to lock access to state when working in a team and if you have timeouts, prepare to run terraform force-unlock manually out of your pipeline.

Most organisations split their IaC arbitrarily into different stacks. The more stacks, the more difficult to deploy the complete infrastructure or just one service if someone decided to split it up. Painful.

If you’re waiting for infrastructure to provision and there is some break in connectivity or operation, your state file will be inconsistent.

You then need to do manual import actions to repair the situation.

Serverless is super complex in Terraform

Cloudformation has AWS::Serverless-2016-10-31 and Terraform requires you to manually setup everything.

Using helm_release is awkward with Terraform.

With Kubernetes objects (YAML) you are better off with a Gitops workflow using ArgoCD.

The Terraform AWS provider is not perfect. AWS might change a value and then your plan is inconsistent.

This is called drift and it’s hard to manage across stacks and environments.

Drift is also when someone changes something manually and doesn’t update the code, and it’s hard to tell them apart from provider updates.

Manual remediation of mismatching actual and desired state across stacks is unsustainable. Better ideas are Gitops workflows and higher level constructs like Cloudformation, which try to enforce IaC intent.

Nonetheless there are times when you might need to refactor/rename something and a destroy will be treated carefully in any production environment.

Often a destroy has led to a down service or worse, lost data, and it’s difficult to know the impact (without a lot of experience) and roll back.

If you have a problem with AWS Terraform, will AWS help? No, they will expect you to use Cloudformation and be able to see your stack (see “Not easy to debug”).

The forum is hit and miss and good luck on Github.

How do you get support from Hashicorp? Deploying Terraform Enterprise or foisted on the Terraform Cloud which isn’t an option for some highly regulated companies.

It’s typical you need to bootstrap each AWS account with a state bucket and dynamodb table.

This manual / “one off” step is difficult to automate.

Not easy to debug

AWS resources often are interdependent and Terraform doesn’t know about these complex relationships. Getting depends_on correct is non-trivial. And when it fails you don’t know why because you can’t see the stack’s events. 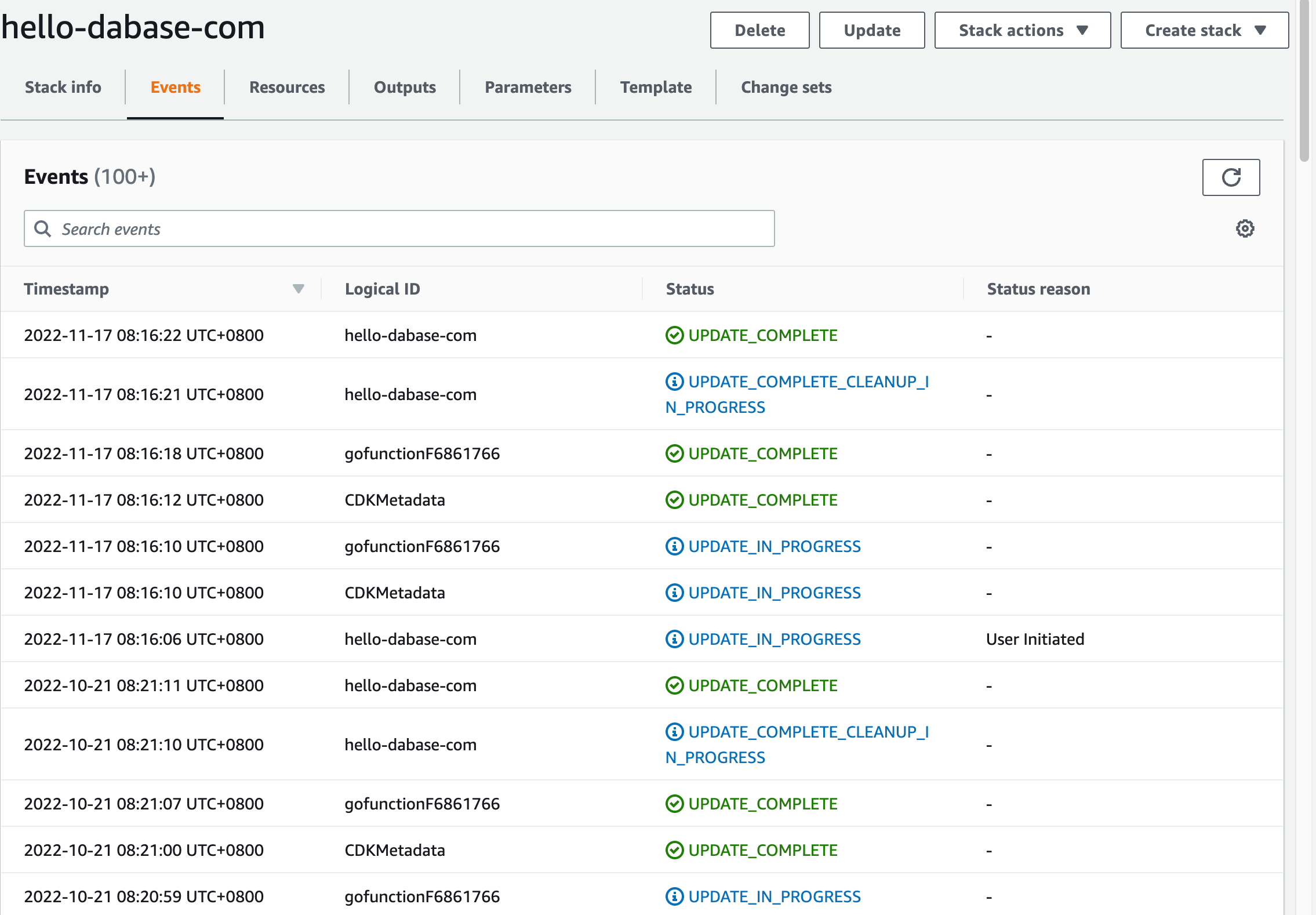 When any event goes wrong you don’t know the reason why and act upon it. That’s because you’re using Terraform.

AWS’s native tooling Cloudformation rolls back by default when provisioning goes wrong or at least gives a clear indication of why something failed. With terraform you will be left to picking up the pieces when changes inevitably go wrong.

When things go wrong, the plan is inconsistent. The typical solution is to re-run. It sounds silly, but it actually happens where you need to re-run a {plan,apply} 3-4x times for AWS to provision a complex shared networking infrastructure! Especially for “Pending Acceptance” cases for RAM.

This might be avoided with depends_on, though as mentioned this is really not easy to get right without knowing the details of the underlying Cloud service.

Terraform tries to create a resource and polls until it exists unlike native tooling which is aware of the events and dependencies.

You won’t have a good idea of progress and often you will hit timeouts on complex Kubernetes stacks. Especially if you do things like manipulate aws_auth_roles, which will only work when the EKS is up after ~20 minutes.

Upgrading terraform and the provider lock files are not the same as Node’s package-lock.json or go.mod. Watch out!

Terraform is constantly changing and it’s difficult to find a stable route to upgrade. As a result many organisations use old terraform versions that manifest the problem!

The beauty of using terraform modules is thought to be re-using existing third-party solutions. In practice, off the shelf modules are a leaky abstraction and introduce dependencies that are difficult to manage (Hint: .terraform.lock.hcl won’t help!).

The real reason to use modules is organisational compliance.

Do not think of opensource Terraform community modules as being plug and play components to solve your infrastructure gaps. They are often generic, bloated and won’t meet your organisation’s (compliance) requirements.

The future is probably a mix of something like aws cloudformation deploy after using CDK to generate the YAML, and managing your Kubernetes with a Gitops workflow.

Gone is Terraform’s beloved plan and apply, and naive polling to ensure resources are there. Infrastructure is no longer some static independent resources, which Terraform served well.