For decades of my computing life, my routine has been something like:

or nowadays on Archlinux: 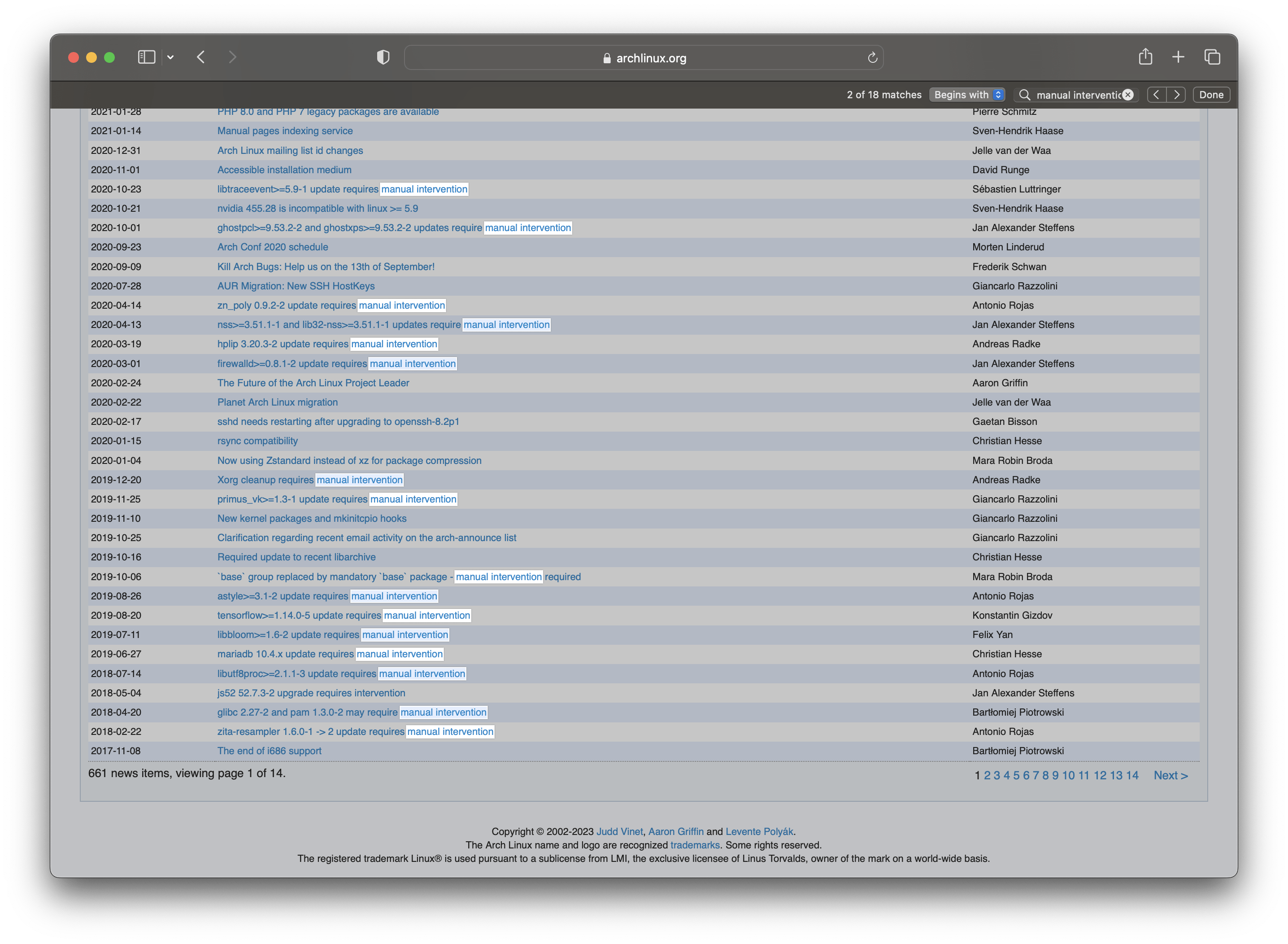 Patching production is no longer recommended

When deploying Raspbian or a production release of Red Hat Enterprise, it’s unusual for it to be manually updated frequently. Even less so automated, for example with the unattended-upgrades package, since it’s deemed fragile.

Since regular Linux updates are common, people tend not to update for fear of jeopardizing uptime. Since a Linux update necessitates a reboot.

Conservative users might choose “Debian stable” and only security updates, and that is fraught with misery as all the packages are old snapshots deemed “stable” not by upstream, but by package developers. This often results in frustration by upstream who do not support arbitrary snapshots of their software.

The problem with dist-upgrade

The problem with dist-upgrade is that it’s a one-way street. You cannot roll back easily. With no Quality Assurance (tests) pipeline in place, you don’t know if your application will run on the new underlying operating system.

Redhat themselves warn that since RHEL is “highly customisable”, they do not recommend upgrading between major releases.

An in-place upgrade RHEL 7 to 8 at your workplace, is the legacy patching way. Instead a new host OS image ID should be selected, together with the container image IDs to run on top of it.

In-place updating the underlying operating system and hoping the application will still work is like a game of Jenga. The modern best practice requires an immutable Docker container runtime OS and the Application container IDs it runs. Your application’s data must be split out too, resulting in the modern Three-tier architecture paradigm:

Pets are patched and groomed. Cattle can be culled and replaced at any time.

The data tier aside, updating is now a matter of choosing your OS and Application image identifier. Ideally automated by CD pipelines.

How to get the ID for a typical host image:

How to get the ID for the latest upstream of a Dockerized container using the latest convention:

Locking to a version means:

When cattle are replaced, a load balancer with container orchestration to dispatch requests to ready containers is needed to avoid any dropped requests.

An industry shift to immutable artefacts

Most companies are transitioning to modern deployment practices which requires retiring the old patching processes.

For example your Devops team should not be “hardening” (aka patching) images or waiting for “audits” to happen.

Instead invest in CI/CD pipelines to create the required host/image artefacts and automate / “shift left” the checks.

The goal is continuous delivery, in robust reproducible build pipelines with tests, and not an after the fact ah-hoc patch. 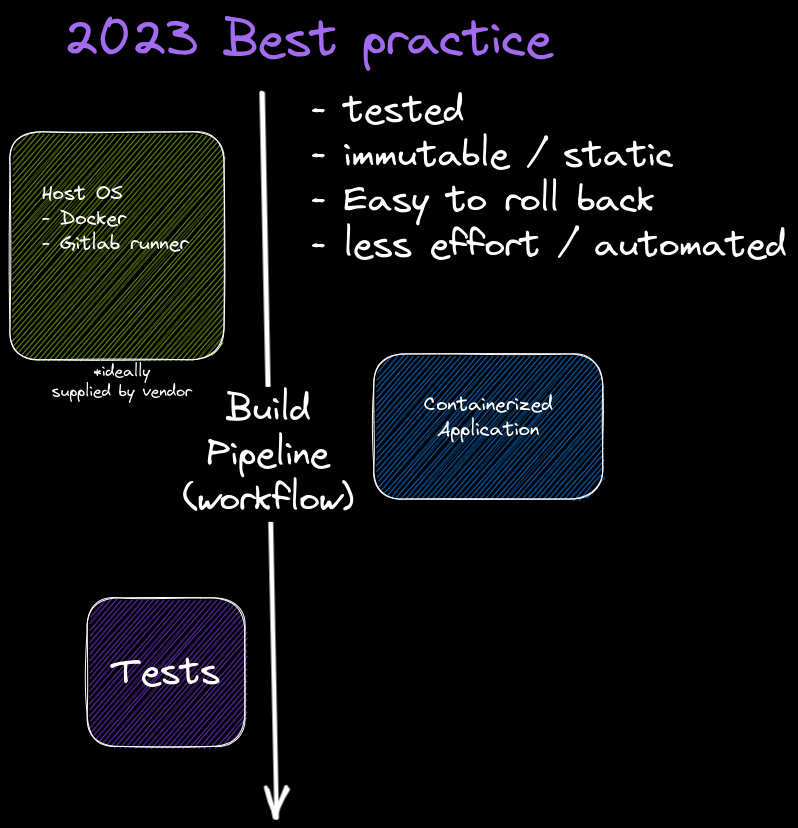