Now since I code in Javascript for work, especially for the AWS Cloud Development Kit I want the same features in vim!

Add an incorrectly formatted console.log, will it get reformatted on save?

Remove runtime: from the lambda.Function constructor. Is the editor (or integrated language server) smart enough to auto complete / suggest that runtime is mandatory and needs to put back?

Next test: Setup a dynamodb table. Can the editor automatically import “@aws-cdk/aws-dynamodb”?

To reproduce issues with my own setup and others, I’m going to try different neovim configurations with the help of Docker containers.

I wouldn’t realistically edit using Docker because it’s far too slow to startup!!

A whole bunch of text errors on startup. Er next! console. completion sucks, no autoformatting. Docs are nice though:

Removing runtime, then correctly suggests I need runtime back:

I give it 2/5 rating. It’s probably coc-tsserver at fault or probably me.

First to warn me: 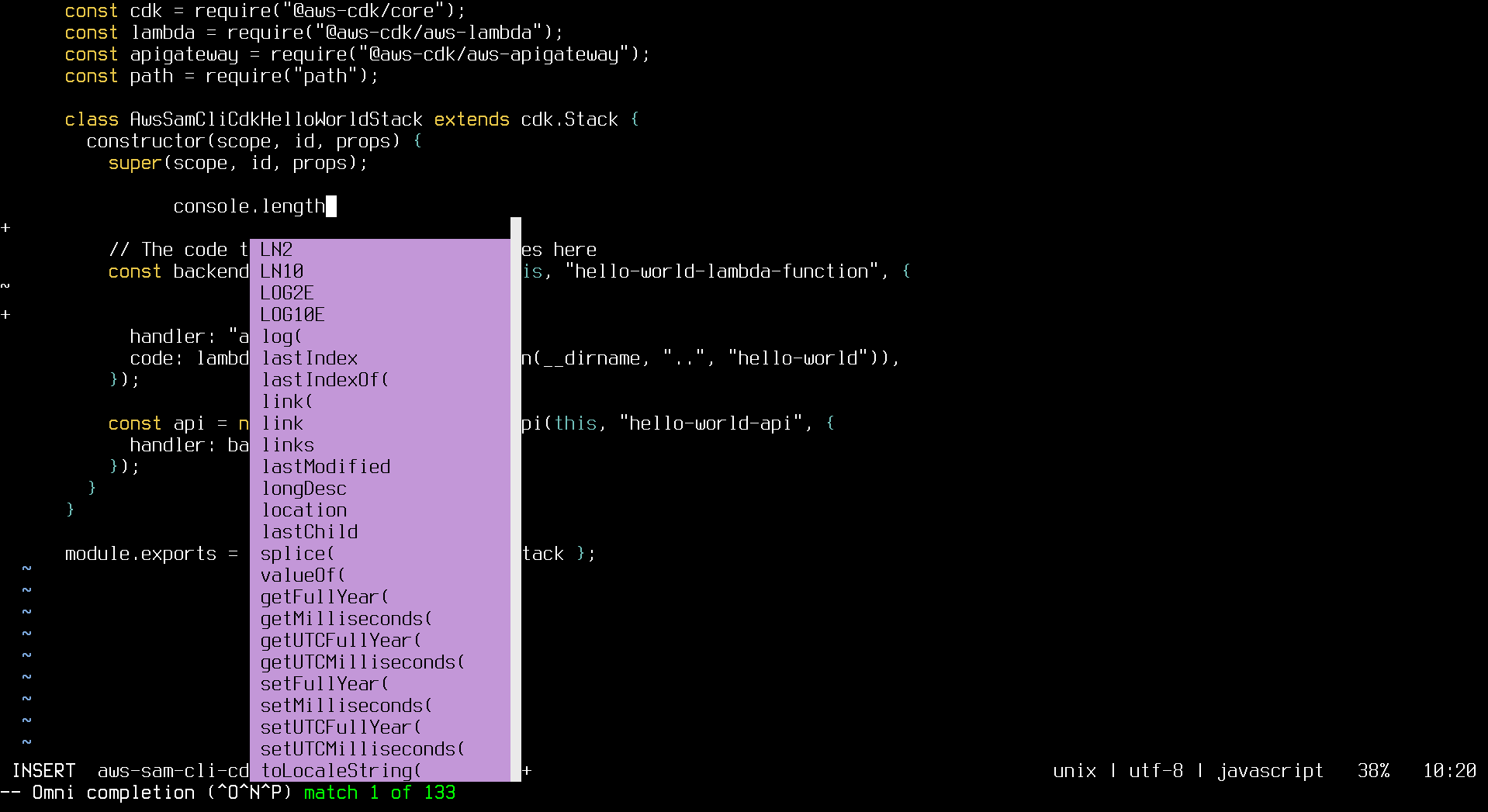 Is CoC even working?? 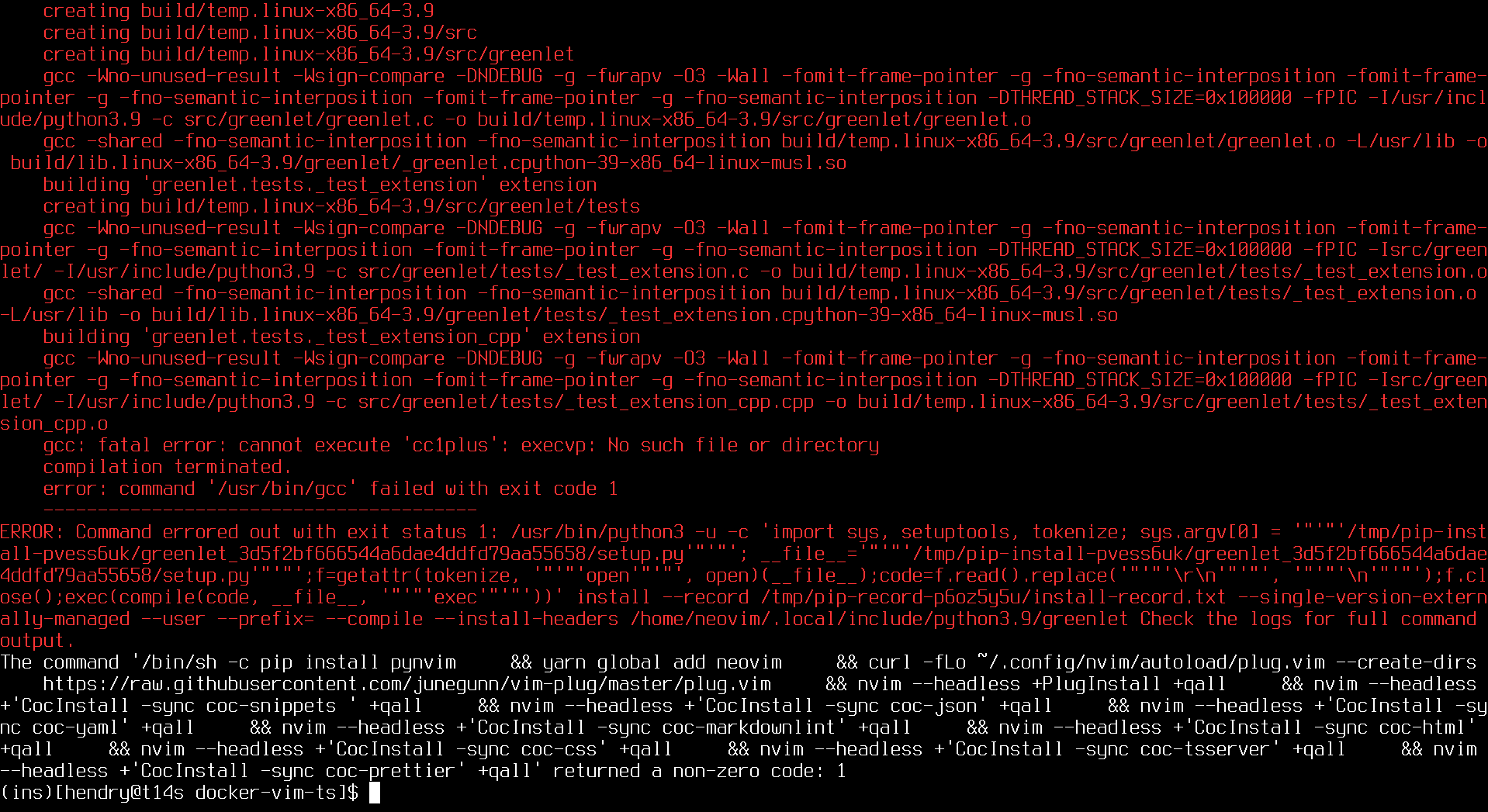 Could not get it to open lib/aws-sam-cli-cdk-hello-world-stack.js

mjlbach put me onto his LUA based neovim configuration: https://github.com/nvim-lsp/try.nvim/blob/master/typescript/init.lua

I will probably switch to using https://github.com/nvim-lua/kickstart.nvim without a Docker image.

hrsh7th/nvim-cmp is the Autocompletion plugin, not “nvim-compe” which is deprecated.

This is my project for my own sanity checking with CoC!

Auto complete on console. is sensible: But it doesn’t seem to work on CDK. No docs.

I learned two things about editing Javascript with vim.

First, for a experience comparable to the exemplary vim-go you need to ensure you’re actually working with TypeScript Types. This is actually non-trivial for smaller packages where type definitions are contributed by the community.

Neovim departs from vim with its LUA language integration and its inbuilt language server :LspInfo. I think I will give it a try. I encourage you to try too:

That said, don’t get FOMO. Editing vim without this crazy configuration is actually the better place to be!